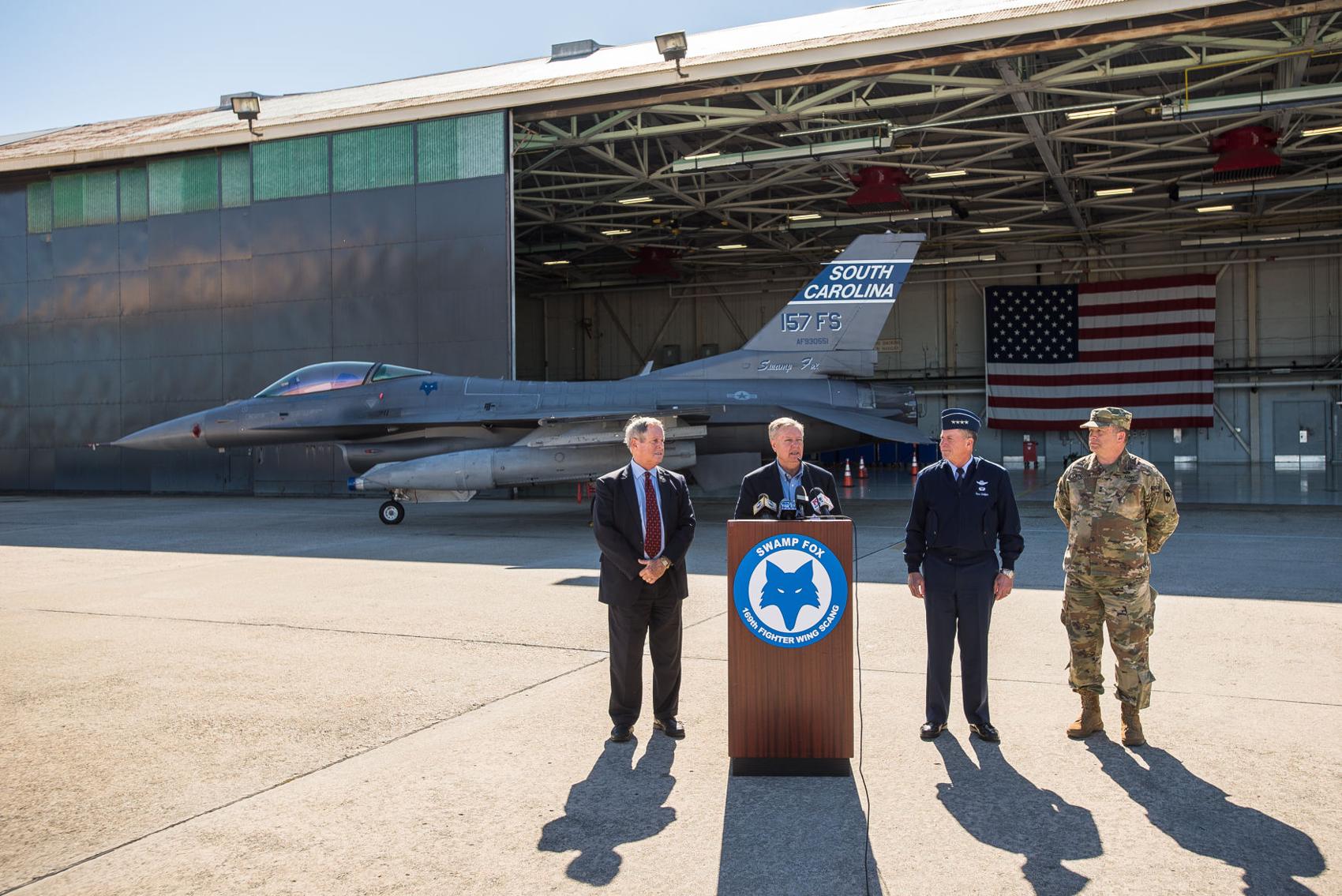 In what seems to be an increasingly common occurrence for U.S. Sen. Lindsey Graham, the Seneca Republican was in a meeting Friday when President Donald Trump called. This time, the chat focused on airplanes.

While meeting with U.S. Rep. Joe Wilson, R-Springdale, and Air Force Chief of Staff General David Goldfein at McEntire Joint National Guard Base, Graham used the president’s call to loop him into the conversation and pitch him on the benefits of F-35 stealth fighter jets.

Known for his hawkish stance on the Senate Armed Services Committee, Graham said he told Trump that he doesn’t want any U.S. military engagement to be a fair fight.