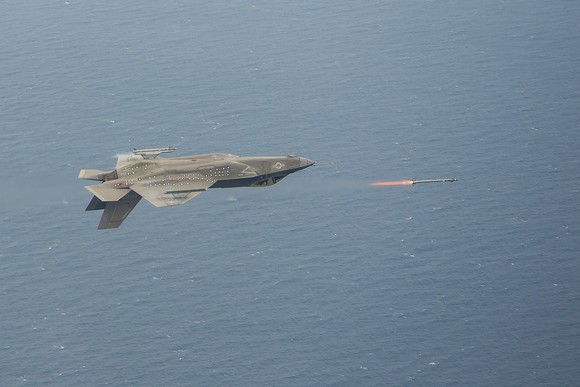 The Pentagon could go ahead with a huge F-35 order before all the problems with the plane are resolved. An important government watchdog says that’s a bad idea.

The Government Accountability Office (GAO) has advised the Pentagon to hold off moving into full-rate production with the F-35 fighter until the plane’s crucial issues are resolved, a potential new delay before lead contractor Lockheed Martin (NYSE:LMT) is able to fully cash in on the long-troubled program.

The GAO, in an annual report on the program, lists 966 open deficiencies in the F-35 as of January, and said that about 20% of them will not be resolved before full-rate production under the Pentagon’s current schedule. The Department of Defense is currently testing the F-35s that have been built, and is scheduled to decide on whether to formally move the program into full production in October 2019.

“In its rush to cross the finish line, the program has made some decisions that are likely to affect aircraft performance and reliability and maintainability for years to come,” the GAO wrote, referring to plans to resolve crucial deficiencies after full-rate production begins. “Resolving these deficiencies outside of the developmental program may contribute to additional concurrency costs, which also carries affordability implications.”