Only Half of F-35s Available for Flight, Program Head Says 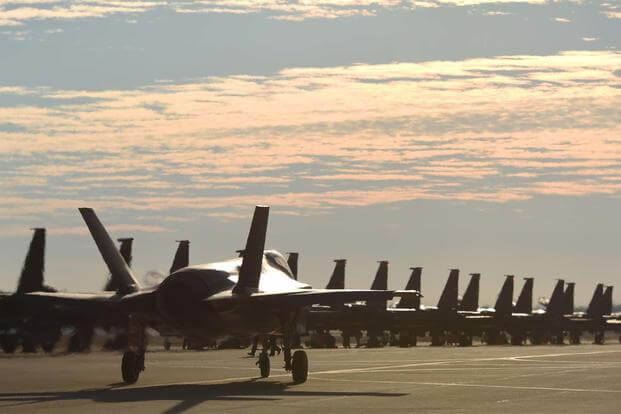 News that two-thirds of the Navy’s aging F/A-18 Hornets were stuck on the flightline lit up headlines last year. But the defense department’s brand-new 5th-generation fighter program is also struggling to ensure that its shiny new aircraft are flyable, the three-star director of the program this week.

Of the 280 operational F-35s purchased to date by U.S. and international partners, only 51 percent are currently available for flight, Vice Adm. Mat Winter, director of the F-35 Joint Program Office, told reporters Wednesday at a round-table event.

“If you can afford to buy something, but you have to keep it in the parking lot because you can’t afford to own and operate it, then it really doesn’t do you much good,” Winter said.

Part of the problem, Winter said, is the buggy autonomous logistics information system, or ALIS. The software, which among other things is designed to allow the aircraft to self-diagnose faulty or failing parts, sometimes creates false positives, telling maintainers a sound component had problems.

“They take it off and it’s not bad but they don’t know that, [so they] put it into the supply chain,” Winter said. “[Then they] find out it’s not bad and send it back.”