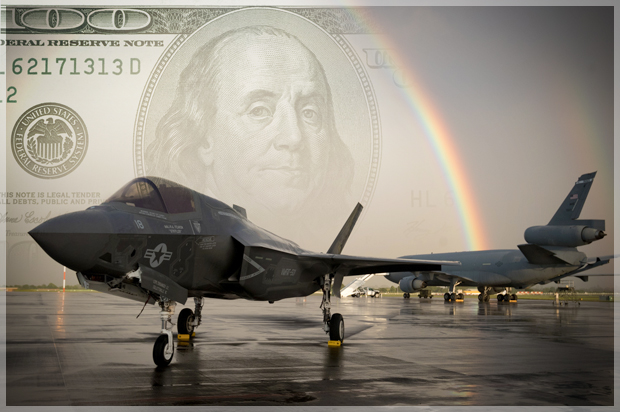 The F-35, the Pentagon’s $1.1 trillion flying money pit, is (sort of) ready for duty
The lemon has liftoff! After 20 years, the most expensive weapon in history is being put into service

Twenty years since the Pentagon began taking bids from defense contractors, the F-35 fighter jet — the most expensive weapon ever made — is finally ready to see active duty over the Pacific Ocean. The U.S. Marine Corps expects to deploy 16 of the stealthy high-tech warplanes early next year at Iwakuni Air Station in Japan. From there, U.S. pilots will begin testing the jets in regular noncombat operations from the Navy’s USS Wasp amphibious assault vessel in what one commanding general has described as the “school of hard knocks.”

It’s a curious choice of words considering the checkered history of the much-maligned and madly over-budget F-35, which has basically been taking knocks since it was first conceived.

Years of delays, management shakeups, engine and software problems — and most important — cost overruns have made this Lockheed Martin jet initiative a punching bag and pork barrel project.