What Keeps the F-35 Alive 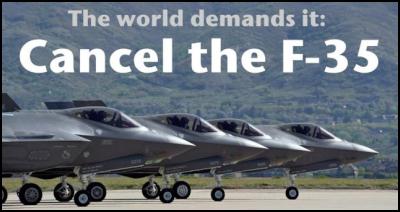 Imagine if a local business in your town invented a brand new tool that was intended to have an almost magical effect thousands of miles away. However, where the tool was kept and used locally became an area unsafe for children. Children who got near this tool tended to have increased blood pressure and increased stress hormones, lower reading skills, poorer memories, impaired auditory and speech perception, and impaired academic performance.

Most of us would find this situation at least a little concerning, unless the new invention was designed to murder lots of people. Then it’d be just fine.

Now, imagine if this same new tool ruined neighborhoods because people couldn’t safely live near it. Imagine if the government had to compensate people but kick them out of living near the location of this tool. Again, I think, we might find that troubling if mass murder were not the mission.