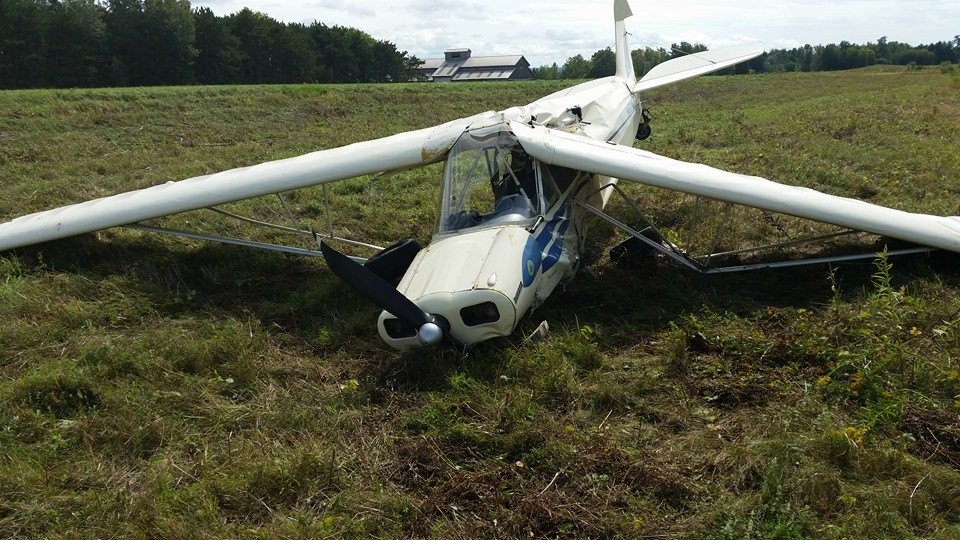 The small-plane crash on Savage Island involving two Vermont National Guard airmen in September happened as the pilot practiced an emergency landing, according to a report from the National Transportation Safety Board.

He idled the plane at an altitude of 450 feet to “simulate an engine failure,” but then experienced aerodynamic stall about 15 to 20 feet above the ground before hitting the private island “nose low and left wing down,” the NTSB’s “factual report” recounts. The pilot reported “that he misjudged the wind speed and did not realize he was completing the simulated training maneuver with a tailwind.”

The pilot and a passenger in the back seat were uninjured. The report indicates neither occupant was administered a toxicology test. The Piper PA-11 plane, built in 1947, had substantial damage.

[FULL ARTICLE]
The U.S. Military Will Bring F-35s Into Service Without Finishing Them Sheriff: Pilot should face discipline for crash notification delay