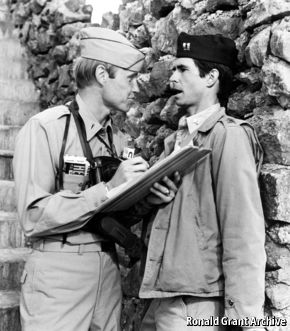 THE cinema at Dyess Air Force Base, in central west Texas, is a splendid facility. It is entirely free for airmen and their families. Outside, there is a smart café selling snacks, sodas and, in the evenings, when children are not present, alcohol. Yet for more than two years, this centre for social life on the base sat empty, because it did not have the equipment to project films. Just a few months after the air force paid a hefty sum to refurbish the building, the Army and Air Force Exchange Service, the government-owned firm which ran the cinema, switched from analogue to digital distribution of films. When it did so, it decided it could not afford to buy a new digital projector for Dyess.