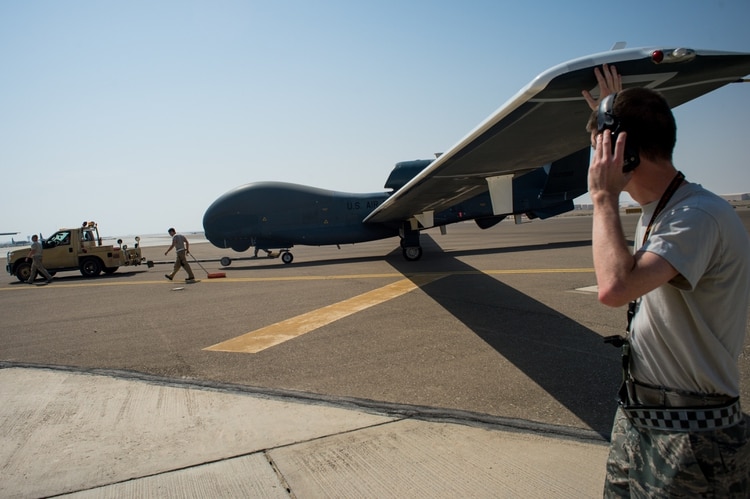 Northrop Grumman has a pitch to solve communications problems between the F-35 and F-22: Put a new radio on a Global Hawk drone and have it act like a translator between the two assets.

The U.S. Air Force’s two most advanced fighter jets, the F-35 and F-22, cannot currently transmit and receive information between each other because both use different secure data links: the Multifunction Advanced Data Link, or MADL, on the F-35; and the Intra-Flight Data Link, or IFDL, on the F-22. Both MADL and IFDL allow for stealthy communication that has a low probability of detection, but that information cannot be transferred to aircraft using different waveforms.

Northrop’s proposed fix involves integrating its Freedom 550 radio aboard the RQ-4 Global Hawk UAV — which is already used as a communications node in the Middle East and elsewhere — thus providing a near-term way to allow both jets to talk to each other, said Mike Lyons, the company’s head of Global Hawk business development.

“We’ve got a solution that we’ve identified and made a pitch to the Air Force. We’re just waiting for the requirements to basically say: ‘Go do [that],’ ” he said during an interview at Northrop’s facilities in Palmdale, California.