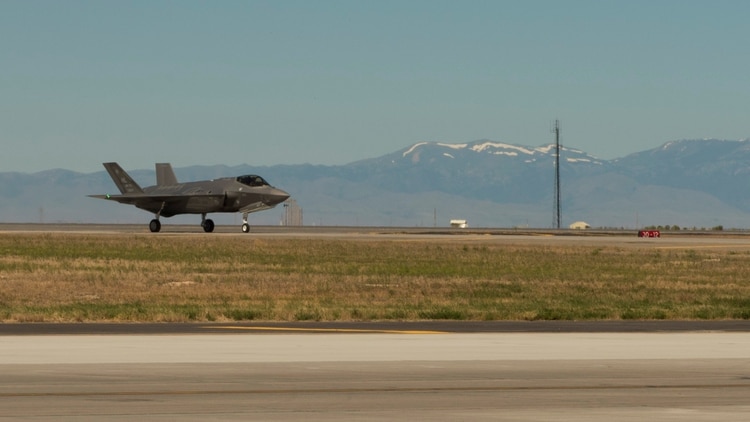 U.S. Air Force investigators have found that last September’s F-35A mishap at Mountain Home Air Force Base, Idaho, was indeed an uncontained engine fire — albeit one started because of tailwinds present during engine start, not deficiencies with the aircraft’s Pratt and Whitney F135 engine.

According to a U.S. Air Force accident investigation board, or AIB, report signed May 9 by the board’s president and obtained by Defense News, the engine fire started after tailwinds forced hot air into the inlet of the jet’s integrated power pack. A chain of factors, such as insufficient torque and slow engine rotation speed, caused the F-35 to continuously supply fuel to its engine at an increased rate.

“During this mishap, however, the fire became uncontained due to the increased amount of fuel added while the engine rotation speed was slowing,” the report stated. “Once the uncontained fire started coming out of the aircraft exhaust, the tailwind carried it rapidly along the exterior surfaces of the jet.”

The pilot escaped from the aircraft but sustained burns to his head, neck and face.

The service is still evaluating how much it will cost to repair the F-35A involved in the mishap, which was assigned to the 61st Fighter Squadron at Luke Air Force Base, Arizona, and involved in a training flight at Mountain Home when the fire occurred. However, damage to the plane is estimated to amount to at least $17 million.