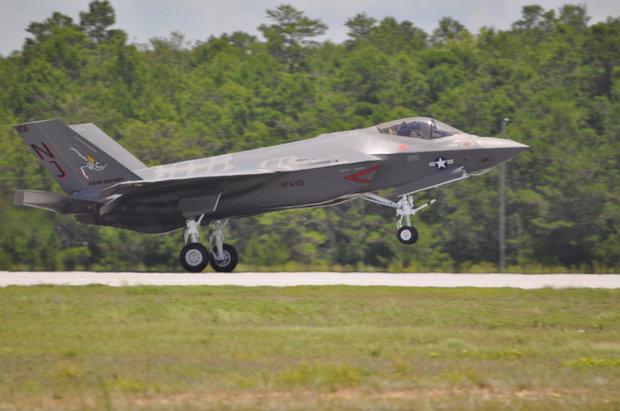 Northeast Ohioans will glimpse the future of aerial warfare when a military fighter jet, the F-35 Lightning, flies at the Cleveland National Air Show on Labor Day weekend.

They might also get a glimpse at scandal, although the Pentagon and the plane’s developer, Lockheed Martin, say the aircraft’s troublesome days are behind it.

Amid the excitement of the end-of-summer Cleveland air show are these facts, controversies and claims about the advanced aircraft – facts and claims directly affecting Ohioans beyond the holiday weekend’s public relations display.

Why the F-35 is being built

The F-35 is also called the Joint Strike Fighter, because versions are not only being built for the Air Force, Navy and Marines but also for Great Britain and other allies. The most expensive weapons system ever built, about 500 of the aircraft have been completed so far in the program’s 14 years of existence, although they have not yet been tested in combat conditions.

The Pentagon ultimately wants 2,457 of the aircraft, because the F-35 is supposed to replace a number of earlier-era fighter models – and because China and Russia are building their air capabilities.

The program is way over budget

The F-35 program cost is now nearly $400 billion. That’s $163 billion more than anticipated, a price so high that, as Newsweek put it, industry wags call it “the plane that ate the Pentagon.”