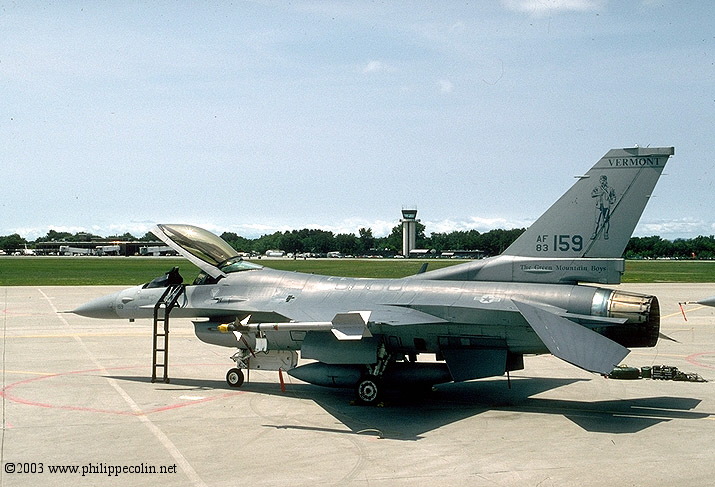 The F-16 (#83-1159) was resting on its wing after the accident, Vt. Air National Guard Lt. Col. Lloyd Goodrow said. They planned to remove the plane and any debris from the runway Wednesday night.

The pilot, Col. Douglas Fick was not injured. The cause of the accident is yet unknown but most likely, Col. Fick became disoriented due to the heavy rainfall right as he tried to land his F-16. A board of officers will be appointed to investigate the cause.