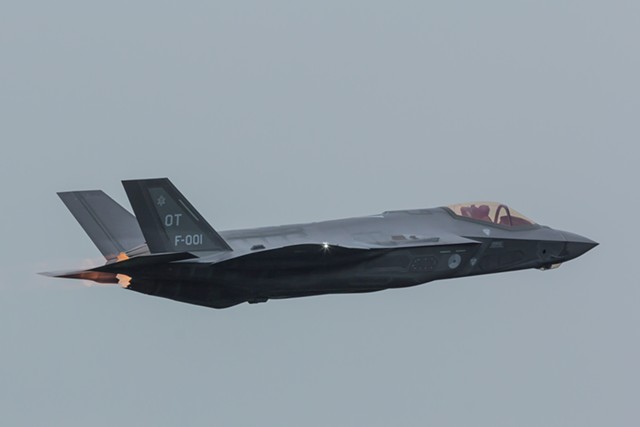 The Burlington City Council will take up a resolution Monday that asks the U.S. Air Force to base a safer alternative to the F-35 fighter jets at Burlington International Airport.

The proposed measure comes after 55 percent of Burlingtonians voted on Town Meeting Day to ask the council to “request the cancellation” of the planes and find a less noisy, less risky option.

It includes a lengthy list of questions for Air Force secretary Heather Wilson: whether an alternative mission would be plausible, the safety and environmental risks of the F-35s, how often pilots would use afterburners and whether Burlington is the only populated area where F-35s will be deployed. The resolution asks for a written response from Wilson by May 1.