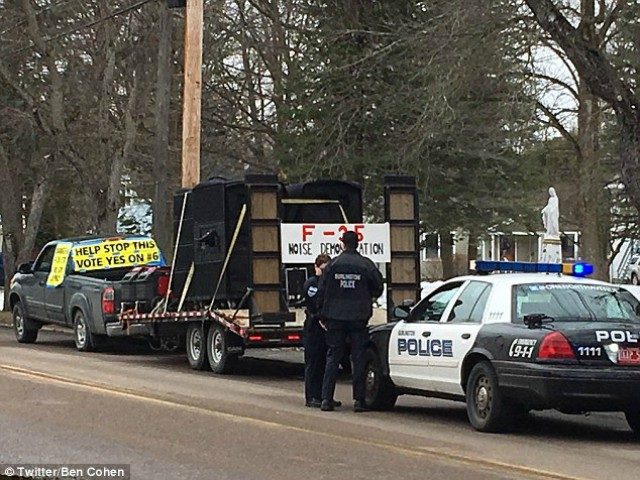 Burlington, Vermont police arrested Ben & Jerry’s co-founder Ben Cohen on Saturday after he repeatedly violated a local noise ordinance in a personal protest against the F-35 fighter jet.
Cohen, a supporter of Bernie Sander’s presidential campaign, attached several amplifiers to his car and drove through the city to simulate the sound of an F-35 fighter jet.

The protest began around 11 A.M. on Saturday and was cited numerous times before Cohen was arrested for violating the town’s noise ordinance.

Burlington Lieutenant Matthew Sullivan said, “Because it was the third violation it’s disorderly conduct by noise, so they were arrested, three protesters were arrested.”

Cohen tweeted on Saturday, “Getting ticketed. It’s either legal or it’s not, if it’s legal for the F-35 to make this noise 16 times per day, 52 wks a yr, for the next 50 yrs, it should b legal for us to do this limited demonstration of extreme jet blasts which are the subject of Item #6 on the March ballot.”

Supporters of the protest argued that by arresting the demonstrators, the police proved their point about the dangers of excessive noise pollution.