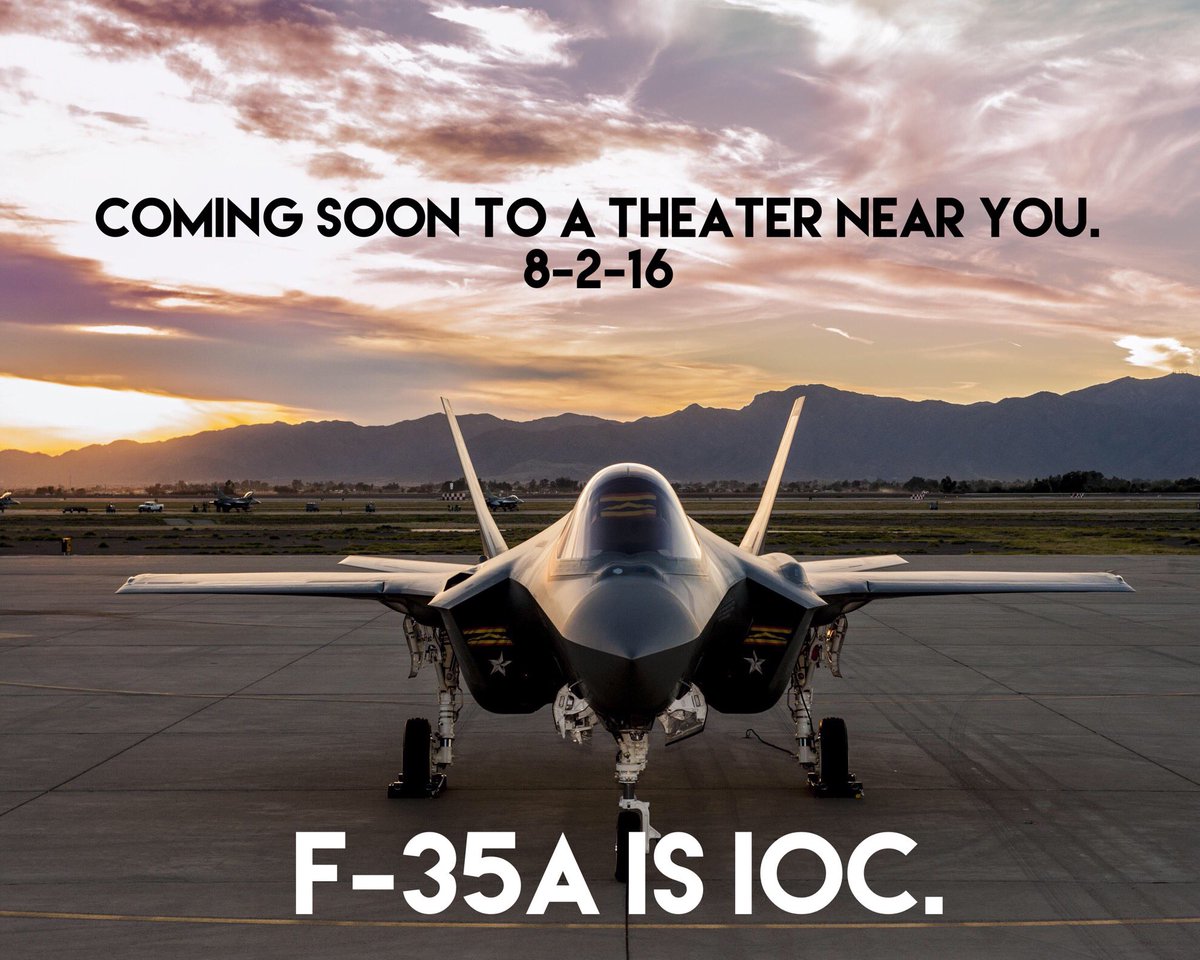 The US Air Force on Tuesday declared its first squadron of F-35As ready for battle, 15 years after Lockheed Martin won the contract to make the plane.

The milestone means that the service can now send its first operational F-35 formation — the 34th Fighter Squadron located at Hill Air Force Base, Utah — into combat operations anywhere in the world. The service, which plans to buy 1,763 F-35As, is the single-largest customer of the joint strike fighter program, which also includes the US Marine Corps, US Navy and a host of governments worldwide.