It Pays to Make War Machines

There is something that Wall Streeters and Captains of Industry pay close attention to and it is called The Spade Defense Index. The SDI is a blended index of “publicly traded companies that benchmarks the performance of companies involved with defense, homeland security, and space. The Index is composed of more than 50 firms…with representative…activities including: naval vessels, military aircraft, missiles and munitions, battlespace awareness, C4ISR, network centric warfare, homeland security including border security and biometric and screening systems, and space systems.” (http://www.spadeindex.com/aboutspadedefense.php) 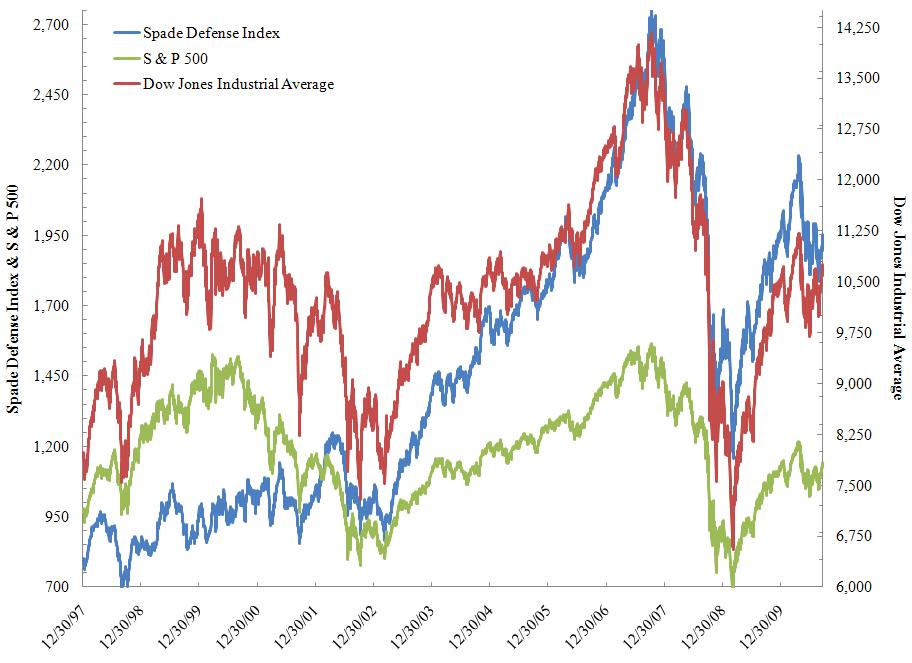