F-16 crashes with ammunition on board 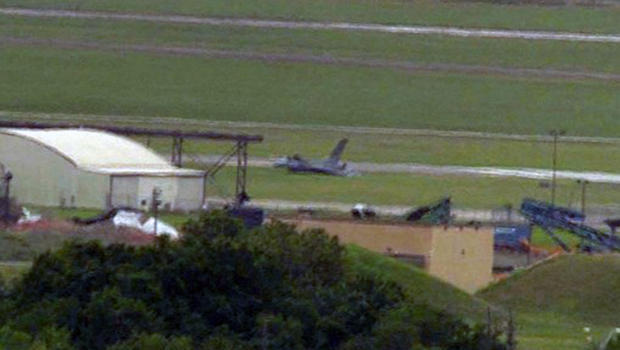 An F-16 fighter jet crashed during takeoff from an airbase in Houston on Wednesday, prompting the evacuation of a one-mile area around the scene of the crash.

The aircraft from the 138th Fighter Wing at Ellington Field Joint Reserve Base was embarking on a training mission for NORAD when it crashed around 10:30 a.m. local time, CBS News national security correspondent David Martin reports. The F-16 was carrying ammunition when it went down.

The pilot ejected safely and is being treated, an official said.

The airport was immediately evacuated as emergency workers responded to the scene, CBS affiliate KHOU-TV reports. The one-mile evacuation area was established as a precaution due to the ammunition on board the F-16.

“The Houston Fire Department is responding to a military jet which has caught fire on the north side of Ellington Field in southeast Houston,” Houston’s Office of Emergency Management said in a statement. “Personnel from Ellington Field are being evacuated, and residents in the area can expect to see increased traffic and emergency vehicles.”